HI! Yes it has been a while. I hadn't been on a trip for a while, but that drought is over. I just got back from a 3 week trip to Savannah, Ga. I like to find adventures or at least insteresting sights during these trips as you can see from past blogs. This trip has lots of stuff to see, but the best thing I took pictures of so far is out at the wildlife preserve in South Carolina. 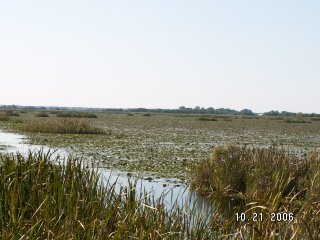 The preserve is basically a swamp with wildlife in it and a four mile road that people can drive through it on. The grass is actually too tall at this time of the year to see much, so we didn't seem very many animals, but I did get some pictures. Like this heron below. It was standing in some shallow water waiting for something to happen. 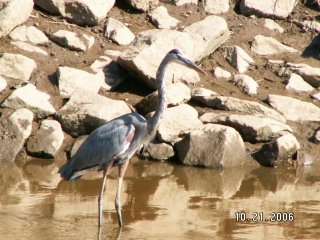 The alligator below was sitting near the bird, just getting some sun. I missed him the first time I was looking, but he isn't exactly noticable until you know he is there. 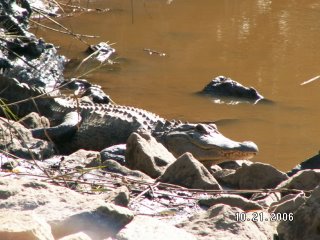 We drove through most of the preserve without finding much else, but about 100 yards from the exit we found this little guy. I am pretty sure we were watched all the way through the park. The alligators are out there, they are just hiding. 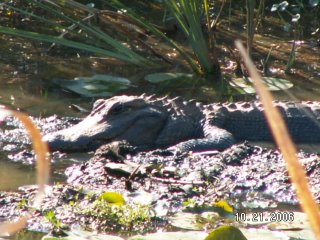 After I left Georgia and got back to the land of hills, dales, and real trees I noticed how the leaves were just barely hanging on to their leaves. So I took the scenic route from the airport and snapped some pictures. Here is one that shows the top of the world from my angle. 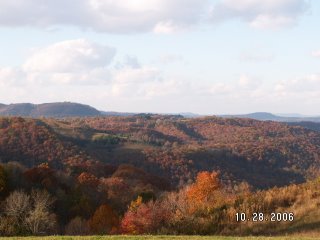