NC and WV in July

Ok, this is how July worked out for me. I ended up going back down to NC like I said in the previous post. While I was there I finally got a picture of this interesting building. I don't know what the history is, but any thing shaped like that with so many doors is interesting to me. 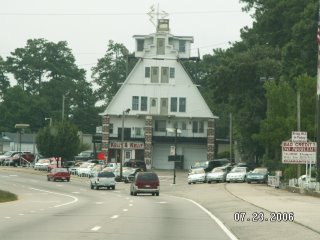 Before this return trip to NC got scheduled I had made plans to go to a Car Show and Charlie Daniels band concert in Beckley, WV. I didn't realize that the show would include a parachute jump by the Black Knights. It was kind of funny, I spend weeks working with the Army and have to go home to see them perform, but it at least gave me more pictures! This one carried in the West Virginia flag. Another was supposed to drop in with the football that would be used at the Marshall vs WVU rivalry game, but they didn't have the right harness to hold it in place during the jump, so that got scratched. 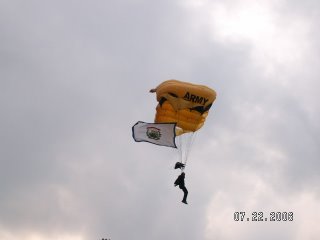 After the jump and the opening act were done the main event, Charlie Daniels started. We were pretty far back in the crowd, but my camera has good zoom. We loved the concert. I had never been to any like it before and had a great time, so we might have to go to more. This one had a good price though, thanks to the WV Coal Show for bringing it in. 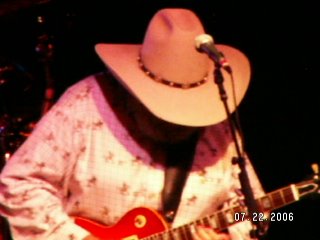 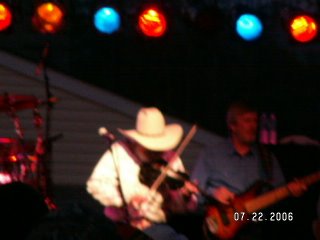 Well, that is it for the show. We brought some friends' kids with us, three 14 year old boys. They had a good time looking at the cars and daring each other to talk to the girls. Some friends also came along with their kids and they had a good time over in the game area. Over all it was a lot of fun.

Next trip is tentatively in October, so I have a long time at home to get things done and aggravate Bill for a while. I have already been working on decluttering the house. We took a bunch of too big and too small clothes to the Goodwill, made a run to the dump with some other things, we rearranged the basement slightly and put down a floor made up of 2x2 foam pieces over the concrete. That makes it much more barefoot friendly! We got the whole end by the pool table done and the base of the stairs padded. We have some more that will make a path toward the laundry room door, but we have to stay away from the wood stove so that will stay bare.

Next is the living room, which needs rearranging and paint. That should be fun. By the way I almost forgot, while I was in NC Billy and his cousin repainted the bedroom! I was very surprised by that, it looks great! Later, All!